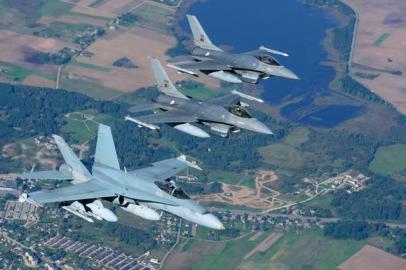 It is little credit to the practice of diplomacy in Europe and North America that their military alliance has been allowed to become the primary institution through which they now seek to understand and engage Russia. NATO defines the Russian threat and prescribes the response – habitually reorganizing, rebranding, and redeploying military forces which, if they ever came to serious blows with their Russian counterparts, would leave in their wake a trail of destruction out of all proportion to the political, economic, territorial, or moral interests and values at stake. Canada, as a part of both NATO and the wider Euro-Atlantic community, has a role to play in righting east-west relations, but is a battle group in Latvia the best option?

As Germany’s Spiegel recently put it, NATO is doing its best to persuade the western world that Vladimir Putin’s Russia is poised to do what the Soviet Union of Joseph Stalin, Nikita Khrushchev, and a string of other Soviet leaders would not, namely, launch a direct attack on NATO - and never mind that the military balance has since the Soviet era shifted massively to NATO’s favor. Stephen Kinzer, a former New York Times foreign correspondent and now an academic and senior fellow of the Watson Institute at Brown University, puts it bluntly: the world needs less, not more, NATO when it comes to the admittedly complicated business of dealing with contemporary Russia. That’s because NATO has become a means of escalating, rather than constructively managing, conflict with Russia. Actually, he says, Russia shares with the west a host of security interests, including an effective response to terrorism and the prevention of nuclear catastrophe. The political/military differences that nevertheless stymie cooperation “cry out for creative diplomacy."

NATO was not conceived of as a vehicle for diplomacy, never mind creative diplomacy. The “Canadian Article,” Article 2, emphasizes the importance of seeking political and economic cooperation among its members, but serious political engagement by NATO of its adversaries is a belated post-Cold War innovation, and even then is only sporadically applied. The NATO/Russia Council was set up in 2002 (before it there was the Permanent Joint Council, as a mechanism for security dialogue with Russia – a “mechanism for consultation, consensus-building, cooperation, joint decision and joint action in which the individual NATO member states and Russia work as equal partners on a wide spectrum of security issues of common interest.”  In practice, however, when the NRC has been most needed, NATO has suspended it – following the autumn 2008 Russia-Georgia conflict, formal meetings of the NRC were cut off, and in 2014 in the wake of Russia’s annexation of Crimea and actions in eastern Ukraine, NATO suspended “all practical civilian and military cooperation under the NRC with Russia” until an April 2016 meeting of the Council.

Routine political engagement with Russia is still regarded as not routine, but as a luxury that is deemed affordable only in the good times. Hence, by mid-2016, in the context of some easing of tensions, and in recognition of the dangers of increasingly provocative military deployments, the Pentagon called for US-Russian cooperation under the 2011 OSCE (Organization for Security and Cooperation in Europe) framework for risk reduction and confidence building measures in military operations of OSCE member states.

In the meantime, a new European Leadership Network brief warns that the good times are not yet back and that relations with Russia could still get worse. So the first order of business is to understand that diplomacy is the essential instrument, especially in bad times, for repairing relations, reshaping behavior, and thereby restoring security, using any and all the venues available – the NATO-Russia Council, the OSCE, bilateral engagement, and a host of informal contacts and Track II programs.  Continue reading...

END_OF_DOCUMENT_TOKEN_TO_BE_REPLACED 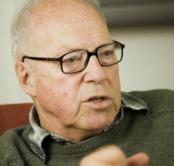 Dr. Hans Blix, Director-General Emeritus of the IAEA and former Swedish diplomat and Minister of Foreign Affairs, served as Chairman of The Weapons of Mass Destruction Commission, which released its collective findings in the 2006
Learn More
END_OF_DOCUMENT_TOKEN_TO_BE_REPLACED