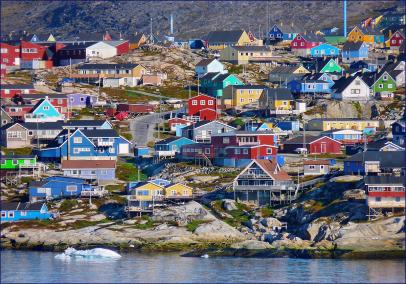 Ten years ago this month, the five Arctic Ocean states issued the Ilulissat Declaration.  In it they pledged to rely on existing international law, notably the Law of the Sea, as the framework through which they would seek the “orderly settlement” of disputes in this rapidly changing region. In a welcome counterpoint to the persistent and sometimes overwrought warnings of a new Cold War set to engulf the Arctic along with the rest of the planet, the Denmark/Greenland governments have promised to host an anniversary meeting (Ilulissat II) commemorating the decade of “peaceful and responsible cooperation in the Arctic” that followed Ilulissat I.

When Danish Foreign Minister Ander Samuelsen insists that “a peaceful and stable Arctic” that “continue[s] on the track of dialogue and cooperation” is a prerequisite for durable northern development,   he is essentially channeling Mikhail Gorbachev’s 1987 vision of the Arctic as a “zone of peace.” The former Soviet leader’s famous Murmansk speech is still understood to have marked the start of “a new era of Arctic Cooperation.” A recent University of Copenhagen study draws a direct line from that speech to the formation of the Arctic Council in 1996 and to the “mosaic” of regional agreements and institutions that function as “modest venues” for the “practical, low-politics cooperation”  that the Arctic has enjoyed throughout the three post-Cold War decades.

If there is too much of Pollyanna in that account, reminders of Russia’s 2007 planting of a titanium Russian flag on the sea-bed at the North Pole, its determined northern military build-up, the region’s ongoing border disputes, and the competing continental shelf claims under the Law of the Sea, should together be more than enough to acknowledge that the Arctic’s “low-politics” are always in danger of morphing into a new version of the high politics or great game of strategic competition. But the Danes, by most measures the least likely of Arctic states to spearhead a paradigm-shifting initiative, helped to bend the arc of contemporary Arctic history toward cooperation when they hosted one of those modest, low-politics meetings in May 2008 in Ilulissat, Greenland.

The focus at Ilulissat was on the Arctic Ocean, so only the five states bordering on it were invited (Denmark-Greenland, Norway, Russia, United States, Canada), a controversial exclusion of the other three states in the Arctic Council (Iceland, Finland, and Sweden) and indigenous communities. And the meeting acknowledged only the obvious when it emphasized the global reality of climate change and its heightened impact on the Arctic. Its warning of the depth, speed, and impact of that change was also not news, neither to the inhabitants of the Arctic nor to much of the rest of the world. But, the Arctic Ocean Five had become concerned that a prominent feature of the global response was calls for an Arctic Treaty modelled at least somewhat on the 1959 Antarctic Treaty.  They were concerned because a formula for collective action toward a region without any state presence, Antarctica, was unlikely to work in a region dominated by the presence of states, including superpowers, but also because collective global action on an Arctic Treaty would necessarily dilute the influence of the states in the region, and for the less dominant Arctic states it would be a radical dilution of influence over affairs in their own neighborhood.

Hence, the Ilulissat meeting’s most far-reaching assertion was its insistence that existing international law was both a necessary and a sufficient framework for managing relations among Arctic states and for providing for the orderly settlement of conflicting claims. The Arctic Ocean states were obviously seeking to reinforce order and stability in the region, but they also wanted to head-off calls for an Arctic Treaty heavily shaped by states outside the region.  Continue reading....

END_OF_DOCUMENT_TOKEN_TO_BE_REPLACED 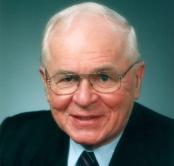