Nuclear Disarmament and the 2018 NATO Summit 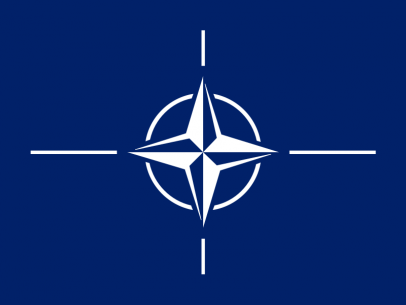 Nuclear Disarmament and the 2018 NATO Summit

No single issue has yet emerged as a central focus for the coming NATO Summit.  Priorities listed by the NATO Secretary-General, as well as by some member States, include the need to reinforce alliance deterrence and defence (in the face of Russia’s new assertiveness, is how it’s usually framed), burden sharing (code for increased military spending as well as a greater military role for the European Union), reinforcement of transatlantic solidarity (code for trying to manage President Trump), projecting stability (a nod to continuing out-of-area or counter-terrorism operations), and attention to cybersecurity. Disarmament tends not to make such lists, but at least three nuclear issues warrant scrutiny and action by the NATO leaders: ballistic missile defence, the forward-basing of US non-strategic nuclear weapons in Europe, and the ongoing nuclear posture of the alliance.

It is striking just how often pundits and analysts conclude that the alliance is at a “crossroads.”  Courtesy of a Google search, NATO has been at a crossroads over Afghanistan, Bosnia, Eastern Europe, Kosovo, 9/11, Russia, NATO’s southern strategy, Trans-Atlantic relations, Turkey, US policy, Ukraine, the realities of the 21st Century, and so on and on. In the lead-up to the 2016 Warsaw Summit, a Polish journal described NATO at a “critical crossroads.” In 2014, the European Leadership Network had it about right when it published a policy brief under the title: “NATO at a Crossroads – Again.”

But it is both notable and disconcerting that web searches uncover almost no “crossroads” references on the matter of NATO and nuclear weapons. A New York Times analysis had NATO at a crossroads due to “fading US nuclear superiority,” but that was in 1957. Only a 2010 power point by Hans Kristensen of the Federation of American Scientists, well known for his authoritative reports in the Bulletin of the Atomic Scientists “Nuclear Notebook,” placed NATO at a “nuclear crossroads,” the context being the then forthcoming NATO Strategic Concept update.

The absence of disarmament from most lists of priority issues for NATO can be largely attributed to the fact that the Alliance’s current nuclear weapons posture is well-entrenched and enjoys broad support from those who set the NATO agenda – Washington, with renewed enthusiasm for its nuclear arsenal, still dominates.

But it’s not quite that straight forward, or hopeless. NATO’s nuclear posture remains controversial in the countries hosting US nuclear weapons, and the status quo will be hard to sustain. Beyond Europe there is a worldwide majority of states with membership in the Nuclear Non-Proliferation Treaty (NPT) that is growing increasingly impatient with NATO violations of Treaty Articles I and II  and with nuclear weapon state refusals to meet their Article VI disarmament obligations.  Supporting the states that are impatient for change is a global network of civil society organizations with the means and public backing to continue challenging the nuclear status quo.

In other words, NATO is at a nuclear crossroads too. Prospects for moving disarmament up the priority list for the coming NATO Summit may still be modest, but that only heightens the obligation on like-minded Governments, think tanks, analysts, and civil society organizations to bring credible disarmament proposals  to the attention of political leaders in NATO member states. The following commends attention to three basic nuclear issues/themes that face NATO member states.  Continue reading...