NATO and Nuclear Disarmament III – Understanding the Other, when the other is Russia 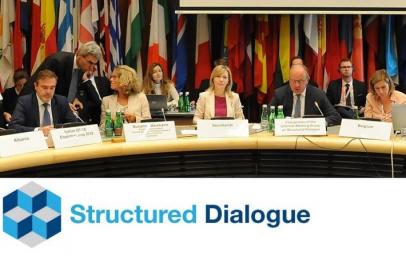 NATO and Nuclear Disarmament III – Understanding the Other, when the other is Russia

It’s clear from Cold War arms control agreements that political harmony and broad strategic cooperation are not prerequisites for progress on nuclear disarmament. It is nevertheless hard to see the US and Russia launching new rounds of nuclear arms control talks without some serious efforts at building mutual trust and understanding within the Euro/Atlantic  political/security arena, even if that cannot be guaranteed to yield broad areas of agreement. Ultimately, better understanding and the rational management of conflicting interests will have to be underwritten by restrained political-military practices that seek to build confidence and, notably, point towards a renewed arms control agenda – in other words, the kinds of mutual security arrangements envisioned through the OSCE. The prospects for that level of political maturity taking firm hold in the current circumstances are not particularly bright – but that doesn’t mean they are any less necessary.

Canadians are frequently cast as bridge-builders, but that level of political maturity is notably absent in a new report on “Russian aggression in Ukraine, Moldova, and Georgia,” issued this past December by the Canadian House of Commons Standing Committee on National Defence (NDDN).  The report’s exclusive focus on “Russian aggression,” defined in the report exclusively by Russia’s ardent adversaries, abandons even a pretense of the kind of nuance and recognition of complexity that spanning political and security divides demands. The only witnesses  called were either from the three states charging aggression or from a group of Atlantic Council analysts described as “part of a greater Atlantic Council team devoted to supporting Ukraine as it fights Russian aggression….” The charges set out before the Committee are certainly to be taken seriously and the perspectives are obviously legitimate, but resolving conflicts and bridging divides requires that the perspectives of all relevant parties be heard.

In this case, no witnesses from Russia, or even from other European states, were called. Research and analysis institutions like the International Crisis Group (ICG), Carnegie Europe, or the European Leadership Network (ELN), all with relevant programs and expertise, were not consulted. Most notably, the OSCE itself (the Organization for Security and Cooperation in Europe), of which Canada is a member, as are Russia and the three countries featured in the NDDN report, was not consulted, even though the OSCE has programs and a presence in all three countries that are the focus of the Parliamentary study.

The recommendations are thus not a surprise – reflecting the perspectives of the witnesses heard. The Committee, among other things, thus calls for parliamentary dialogue with Georgia, Moldova and Ukraine; continued military training in the Ukraine; new sanctions against Russia; and support for bringing Ukraine, Moldova and Georgia into NATO. It’s not that the 13 recommendations are all without merit, but compare the NDDN’s one-sided approach to that of a July 2017 position paper on relations with Russia issued by the ELN.  Its recommendations include calls to avoid military acquisitions and deployments that are likely to escalate tensions in Europe, to respect the mutual restraint promised in the NATO-Russia Founding Act,  to implement existing arms control and confidence-building agreements and explore additional measures, and, notably, to initiate a comprehensive dialogue on conditions for durable strategic stability in Europe.

Ukraine, Moldova, and Georgia must ultimately, and obviously so, find stability and security in a neighborhood in which Russia will remain a dominant presence in the foreseeable future. But, as with Balkan and east European NATO members that remain understandably wary of Russia’s intentions toward them, it is incumbent on all these vulnerable states and their backers to develop credible security assurances that don’t simply escalate threats and exacerbate tensions. And that needs to include the recognition that NATO’s steady post-Cold War expansion and more recent military postures, however much the latter are defended as responses to Russia’s much more egregious provocations and its violations of international norms and laws, are destabilizing and, notably, an impediment to further progress in nuclear arms control.

That the Euro/Atlantic political environment has taken on the trappings of a Cold War is not really in dispute, but what is obviously less widely accepted is the extent to which NATO’s policies have contributed to this dynamic and to what is threatening to become chronic instability. NATO is not simply the victim of deteriorated east/west relations, it is a contributor to them. Carleton University’s Chancellor’s Professor Joan DeBardeleben told Canada’s House of Commons Standing Committee on Foreign Affairs,  that Russian security concerns are exacerbated by “NATO expansion into its neighborhood” and by a sense that Russia is excluded “from effective influence on European security arrangements.” Prof. Stephen Cohen of Princeton and New York Universities, a specialist in Russian studies and politics who challenges the relentless promotion of a new Cold War by American foreign policy elites,  reminds us that NATO expansion to Russia’s borders involved two broken promises. In 1990 the Americans and West Germans assured Soviet Leader Mikhail Gorbachev that NATO would not spread eastward if Gorbachev supported German unification (this is a disputed claim, but Cohen says it is confirmed by participants and archival evidence). NATO also promised it would not install permanent military forces next to Russia, a promise Russia deems to have been violated not least by NATO ballistic missile defence deployments.

It should surprise no one that Russia would prefer a neighborhood more sympathetic to its interests than it considers its new NATO neighbors to be. The desire for states on one’s borders that promise stability, and for a neighborhood in which one has some role and influence in shaping regional security arrangements, are not uniquely Russian expectations. In other words, as Prof. DeBardeleben put it, Russia’s desire for a neighborhood in which it has influence cannot simply to be equated with an expansionist or imperialist impulse.  Cohen points out that NATO’s rapid post-Cold War expansion towards Russia “is the largest and fastest growth of a ‘sphere of influence’ [American] in modern peacetime history.” Yet Russia is repeatedly denounced for seeking to promote a zone of security and stability on its borders.

New York writer Tony Wood, author of the November 2018 book, Russia without Putin: Money, Power and the Myths of the New Cold War, argues that the eastward expansion of NATO, objected to by some notable American foreign policy icons like George Kennan, “helped to generate the threat it was supposedly intended to counter,” and helped “to legitimize a return to a more confrontational stance on Russia’s part.”   Continue reading....

File Attachment
NATO and Nuclear Disarmament III – Understanding the Other, when the other is Russia, CDP - January 8 2019.pdf