Skip to Content Skip to Navigation
Space and Cyber Security 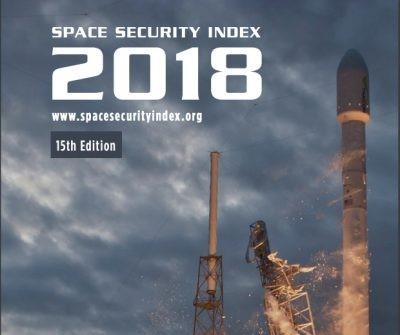 A new report on the security of outer space warns that an arms race is looming if we do not constrain conflict and the use of force in outer space.

Space Security Index 2018 tracks developments and activities in 2017 related to four indicators of the security of outer space – environmental sustainability, access to and use of space, technologies for space security, and space governance – to capture long-term changes.

According to project manager Dr. Jessica West of the Canadian peace-and-security think tank Project Ploughshares, the newly released 15th volume of the annual report is striking for its illustration of the slide toward weaponization and warfare in the space domain.

Among the findings in this year’s report:

Some progress in space security was made in 2017. The UN Committee on the Peaceful Uses of Outer Space (COPUOS) reached consensus on 21 voluntary guidelines to enhance the long-term sustainability of space activities. However, progress could be undermined by the growing risk of armed conflict.

Space has long been used for passive military purposes. But to preserve space as a domain that benefits all humanity, it must not become weaponized. As Dr. Raji Rajagopalan observed in the report’s Global Assessment, “Early steps toward weaponization have been taken, and the major powers have not made any feasible and realistic efforts to curb them.”

At the official release of SSI 2018 at the United Nations on October 22nd, longtime project advisor Theresa Hitchens, of the Center for International & Security Studies at the University of Maryland, described an emerging arms race growing out of heightened geopolitical tensions, the pursuit of dual-use technology with weapons functions, and the lack of serious dialogue among the United States, Russia, and China.

This situation has serious repercussions for all of us. As West asserts, space security is global security. Every facet of global security – military, humanitarian, socioeconomic, environmental – depends on the ability to access and use services with links to outer space. Warfare in outer space could pollute that environment beyond repair through the production of space debris, limiting or ending such services.

The geostrategic tensions and mistrust that underpin arms escalation can also inhibit efforts to make outer space safer. Some of these developments, including debris removal, satellite servicing, and asteroid mitigation, involve dual-use technologies. Regulation, transparency, and cooperation are needed to preserve the good these technologies can offer, while preventing weaponization in outer space.

How dependent are we on outer space? In 2017, there were:

Space Security Index 2018 was produced by a group of civil society and academic organizations that was led by Project Ploughshares. Partners include The Simons Foundation Canada; the Institute of Air and Space Law at McGill University in Montreal, Quebec; the Space Policy Institute at The George Washington University in Washington, DC; the Research Unit on Military Law and Ethics at the University of Adelaide Law School in Australia; and the School of Law at Xi'an Jiaotong University in China.

The report is available at www.spacesecurityindex.org and at the links below.