Canada and the Audacity of a Ban on Nuclear Weapons 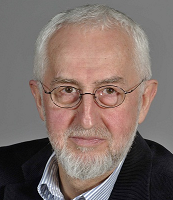 Canada and the Audacity of a Ban on Nuclear Weapons

The Treaty on the Prohibition of Nuclear Weapons (TPNW) arrived in 2017 as a new and audacious addition to the nuclear arms control and disarmament landscape. It has not been an altogether comfortable fit – generating both ardent support and fierce opposition, with NATO notably aligned with the latter. The most recent iteration of Canada’s opposition to the TPNW[1] offers but two basic criticisms: 1) “the Treaty does not contain credible provisions for monitoring and verification” of disarmament; 2) “the Treaty’s provisions are inconsistent with Canada’s collective defense obligations” as a member of NATO.  To bridge these divides,[2] both sides would benefit from a clearer appreciation for what the new treaty does not and does bring to the central commitment that supporters and critics alike continue to profess – namely, the pursuit of a world without nuclear weapons.

The nuclear arms control/disarmament landscape on which the TPNW now seeks to establish a sure footing was prominently shaped during the Cold War by successive agreements through which the two states with the major nuclear arsenals accepted mutual and verifiable limits on those arsenals. The bilateral US/Soviet SALT, START, and INF agreements,[3] plus the post-Cold War US/Russia New START treaty, are the key examples. The TPNW does not fit into this genre of arms control. No state with nuclear weapons has signed on to it, and it will not impose any new limits on nuclear arsenals, and Canada is right to say that it does not include specific disarmament verification provisions.  The same of course is true of the 1968 Treaty on the Non-Proliferation of Nuclear Weapons (NPT), which Canada nonetheless describes as the “cornerstone” of arms control (it includes non-proliferation verification provisions, but no disarmament verification).

The NPT also comes out of the Cold War, and it represents an entirely different arms control/disarmament model – being multilateral and addressing both non-proliferation and disarmament. Over time, the NPT has reached near universality, and by virtue of that it endures as an effective non-proliferation mechanism. But the same cannot be said of its disarmament provision. Five states with nuclear arsenals[4] are Treaty members, but they have throughout regarded the disarmament imperative in Article VI as a general political aspiration, but not one on which they are now prepared to act. The Comprehensive Test Ban Treaty and the proposed Treaty to control fissile materials (the former having not yet entered into force and the latter having not yet been negotiated) also fit into this multilateral treaty stream. But the TPNW, while multilateral, is also not an obvious fit here. The TPNW is certainly not at odds with the NPT, as NATO claims and Canada goes along with, but because all TPNW states are among the 186 non-nuclear weapons states (NNWS) in the NPT, they are already committed to remaining non-nuclear.[5] On non-proliferation, the TPNW breaks no new ground, essentially reaffirming the legally binding commitments its signatories have already made through the NPT.

Another element of the arms control tradition focuses on non-proliferation through a series of regional nuclear weapon free zone (NWFZ) agreements (linked to the NPT through its Article VII). There are five such zones[6] involving 113 countries, plus Mongolia has declared itself a NWFZ. Each of these 114 countries has already prohibited for itself the acquisition and use of nuclear weapons by virtue of being a member of a NWFZ. The TPNW closely parallels these NWFZ agreements, with prohibitions essentially the same as those set out, for example, in the Tlatelolco NWFZ. Indeed, more than 85 percent of the states that have ratified and/or signed the TPNW are already in NWFZs, so, again, the TPNW reaffirms non-proliferation commitments already made.

Then we come to the arms control stream that prohibits inhumane weapons – notably, the multilateral chemical and biological weapons bans, as well as treaties banning antipersonnel landmines, cluster munitions, and other weapons that are excessively injurious or have indiscriminate effects. This is where the TPNW’s key contribution and audacity come into focus. The TPNW in effect brings nuclear weapons into, and thus dramatically expands, the category of excessively injurious and inhumane weapons. It is a formal declaration by a significant portion of the planet (by population and territory), that nuclear weapons are unacceptable on the grounds that their extraordinary humanitarian and environmental consequences put them in violation of “the principles of humanity and the dictates of public conscience,” with their use being in violation of International Humanitarian Law.[7] The TPNW thus concludes that the possession and/or use of nuclear weapons fall outside the bounds of acceptable human behaviour, including by states in war. The Treaty then sets out the legal prohibitions that are mandated by that conclusion.

Here is where Canada’s second chief opposition to the TPNW comes into play. The Treaty’s rejection of nuclear weapons as contrary to the laws of war flies in the face of NATO’s current nuclear deterrence posture. As Daryl G. Kimball, executive director of Washington’s Arms Control Association, puts it, “the TPNW is a powerful reminder that for the majority of the world’s states, nuclear weapons — and policies that threaten their use for any reason — are immoral, dangerous, and unsustainable.”[8] The challenge for NATO and Canada, and for other “nuclear umbrella” states, is thus to recognize that their continued reliance on nuclear weapons in their security policies cannot ultimately be reconciled with the principles of humanity. The irreversible presence of the TPNW on the arms control/disarmament landscape makes it impossible to credibly ignore the growing legal/moral consensus that any actual use of such weapons would be a crime against humanity and a violation of International Humanitarian Law.

It seems clear that what ought to be worrying NATO and Canada is not, as they have declared, that the TPNW is “at odds with the existing non-proliferation and disarmament architecture,”[9] but that NATO nuclear weapons policies are at odds with “the principles of humanity and the dictates of public conscience,” as the TPNW preamble puts it. The Treaty explicitly puts NATO nuclear policies on the wrong side of the laws of war.

Getting to the right side of international law is unlikely to be a quick process, but there are steps that states like Canada can take immediately to begin confronting the fundamental contradiction in NATO security policy:

1. Engage with TPNW states in the interests of building bridges of disarmament diplomacy between TPNW and nuclear umbrella states to develop common strategies toward their declared, and shared, objective of a world without nuclear weapons. One modest but concrete expression of such engagement would be for Canada to participate as an observer in the first conference of TPNW States Parties, to be held within one year of the Treaty’s entry into force on 22 January 2021.[10]

2. Engage with NATO partners in a sustained exploration of alternative security policies – pursuing policies and postures more conducive to mutual restraint with Russia and to finally end NATO’s reliance on nuclear deterrence (a world without nuclear weapons being NATO’s officially proclaimed objective[11]). One modest but constructive step in that direction would be for all US nuclear weapons now based in Europe to be returned to US home territory.

3. Progress towards a more constructive NATO defence posture, one that actively acknowledges arms control as an essential component of security, will also require intensified NPT diplomacy in support of the progressive, verifiable, implementation of Article VI (the disarmament Article) of this near universal Treaty that the TPNW complements. The NPT includes a solemn undertaking by its NWS members to pursue good faith measures to dismantle their nuclear arsenals. Steps in that direction are outlined in a relatively new initiative that Canada has joined, the multilateral Stockholm Initiative – a series of “Stepping Stones” that set out a range of concrete measures to be promoted through such diplomacy.[12]

As is often the case with the new and the audacious, the TPNW’s arrival on the nuclear arms control and disarmament scene has been energizing – negatively and positively. While Canada has to date sided with the TPNW critics, both practicality and public opinion[13] now demand that Canada reach beyond its initial, viscerally defensive, reactions to the TPNW’s direct challenge to the legitimacy of long-established NATO policies. Now is the time for sober second thoughts and bridge building (the Minister of Foreign Affairs describes Canada as an arms control “bridge-builder”[14]); time to acknowledge that the formally shared commitment to a world without nuclear weapons emerged in the aftermath of the bombings of Hiroshima and Nagasaki out of the dictates of a public conscience sensitized by “the unacceptable suffering of and harm caused to the victims of the use of nuclear weapons.”[15]

The TPNW’s arrival amounts to a new opportunity for Canada and its NATO partners. It is a moment to lean on the support of the majority states around the globe in recognizing the fundamental illegitimacy of nuclear weapons, and then to seize what the TPNW offers – a bridge to the right side of international law, a chance to build on TPNW-emboldened political will to press for concrete measures to implement the NPT’s Article VI, and the occasion to construct a collective NATO defence posture that prioritizes major power stability and human security, without recourse to nuclear weapons.

[1] Response by the Minister of Foreign Affairs to petition to the Government of Canada, initiated by Nancy Covington of Halifax, 12 April 2021. https://petitions.ourcommons.ca/en/Petition/Details?Petition=e-3028

[2] The basic approach presented here is informed by Prof. Oliver Meier’s proposals regarding Germany’s approach to the TPNW. See: Oliver Meier, “Between rejection and accession: Germany and the Treaty on the Prohibition of Nuclear Weapons,” Institute for Peace Research and Security Policy, University of Hamburg, 08 March 2021. https://ifsh.de/en/news-detail/between-rejection-and-accession-germany-and-the-treaty-on-the-prohibition-of-nuclear-weapons

[5] South Sudan is the only state without nuclear weapons that has yet to join the NPT.

[9] “North Atlantic Council Statement as the Treaty on the Prohibition of Nuclear Weapons Enters into Force,” 15 December 2020. https://www.nato.int

[10] Oliver Meier, 2021, recommends Germany’s participation, and suggests further that all 16 participants in the Stockholm Initiative take part in the TPNW Conference of States Parties (whether as observers or States Parties).

[14] Response by the Minister of Foreign Affairs to petition to the Government of Canada, initiated by Nancy Covington of Halifax, 12 April 2021. https://petitions.ourcommons.ca/en/Petition/Details?Petition=e-3028

[15] From the TPNW Preamble. The commitment to a world without nuclear weapons was articulated on January 24, 1946, through Resolution 1 of the new UN General Assembly, which called for the establishment of a Commission to, as it simply said, “deal with the problems raised by the discovery of atomic energy.” https://www.un.org/en/ga/search/view_doc.asp?symbol=A/RES/1%28I%29

File Attachment
Canada and the Audacity of a Ban on Nuclear Weapons, CDP - April 19, 2021_1.pdf