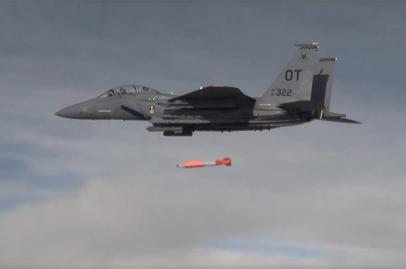 The ongoing forward deployment of non-strategic US nuclear weapons in Western Europe raises fundamental issues of strategic stability (including pre-emption, nuclear first-use, and war-fighting doctrines), public safety, and meeting Treaty obligations. American B61 nuclear gravity bombs are currently based in five European NATO member countries under NATO’s nuclear sharing policy, an arrangement that will come under increasing scrutiny as those countries are asked to accept new versions of the bombs that Washington is now “modernizing,” and as they think about including a B61 delivery capacity in their next generation fighter aircraft. And, given that nuclear sharing is explicitly prohibited in Articles I and II of the Nuclear Non-Proliferation Treaty, concerns about treaty compliance generally, including the Intermediate-range Nuclear Forces Treaty, should bring attention to NPT compliance issues.

Non-strategic US nuclear weapons have been in Europe since 1954.  The current European inventory of about 150 US B61 gravity bombs is a 97 percent reduction from the 7,300 US warheads in 13 weapons systems that were located in Europe at their peak in 1971.  Currently, Belgium, Germany, Italy, and Netherlands host US B61 bombs on one national base each, and they also operate soon to be replaced aircraft capable of delivering those weapons (dual – conventional and nuclear – capable aircraft, or DCA) – the F16 aircraft operated by Belgium and Netherlands, and the PA-200 Tornado aircraft by Italy and Germany. B61 bombs are also in Turkey, but at the largely US Air Base at Incirlik rather than at any exclusively Turkish base. Turkey does operate F16 DCA, but at a lower state of readiness.

Russia is currently estimated to have about 2,000 non-strategic nuclear warheads available for use on ships, aircraft, ground forces, and missile defence systems.  All Russian nonstrategic nuclear weapons are assumed to be, as indicated by Russia, in central storage facilities,  perhaps some in Kaliningrad,  and like the B61s, kept separate from launchers. Non-strategic nuclear weapons are not covered in US-Russia arms control agreements, nor are they covered by any multilateral agreement (except that all nuclear warheads are obviously covered by the Nuclear Non-Proliferation Treaty (NPT).

The B61 bombs currently come in several variants and the US is in the process of morphing them into a single version, the B61-12 with variable, including relatively low, yields and a modified tail guidance mechanism to increase accuracy. Production of the B61-12 is scheduled to begin in 2020. In addition to being designed for fighter aircraft, the B61-12 will also be deployed with US Strategic bombers, notably the B-2A (stealth) and forthcoming Long-Range Strike Bombers (LRS-B). Hans Kristensen, director of the Nuclear Information Project at the Federation of American Scientists and a pre-eminent chronicler of global nuclear weapons and trends, notes that this modernization program “will result in a reduction of the total inventory of nuclear gravity bombs by nearly 50 percent” and keep kiloton ratings to 50 or lower, eliminating 400 kiloton variants of the B61 and the 1,200 kiloton B83-1.

While fewer bombs are obviously a step in the right direction, more accurate/lower yield replacements will inevitably lead some military and political leaders to regard them as more useable – that the use of a “small” and carefully targeted nuclear bomb could accomplish a particular military objective without triggering a nuclear response. But that would be a dangerous gamble. The Obama-era Deputy Secretary of Defense Robert Work does not mince words: “Anyone who thinks they can control escalation through the use of nuclear weapons is literally playing with fire. Escalation is escalation, and nuclear use would be the ultimate escalation.”

But the hope that nuclear weapons could be used for tactical military advantage persists. The National Threat Initiative reports on a 2018 survey that points to “an emerging debate in some corners of Moscow and Washington about whether limited use of nuclear weapons may be viewed by leaders as feasible and less catastrophic, more controllable, and more credible than the threat of massive retaliation.”  The survey sought the views of experts in the United States, Russia, and Europe, and it attributes much this heightened interest in nuclear use scenarios to politically-induced (as opposed to militarily mandated) modernization and force posture decisions.

An earlier openness to removing nuclear weapons from Europe

While the ongoing presence of B61 bombs in Europe is regularly debated, it now seems to have been an excess of optimism to see in the 2010 NATO Strategic Concept (SC) some improved prospects for removing the remaining US nuclear bombs from Europe.  Nevertheless, the 2010 SC is still the currently approved policy, and thus remains the Alliance’s operative strategic guidance document. And while it continues to insist that nuclear weapons are vital to European security, it does not insist that such weapons be based in Europe. The 1999 SC was explicit in saying the Alliance would “maintain for the foreseeable future an appropriate mix of nuclear and conventional forces based in Europe” (para 46, 1999). It repeated the same point a few paragraphs later, insisting that “nuclear forces based in Europe and committed to NATO provide an essential political and military link between the European and the North American members of the Alliance,” and that “the Alliance will therefore maintain adequate nuclear forces in Europe” (para 63, 1999 – in each reference, emphasis is added).  Continue reading...