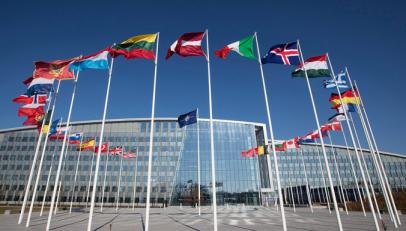 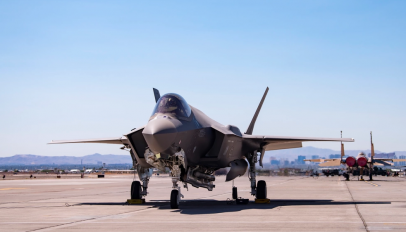 The war in Ukraine once again confirms this inescapable nuclear reality – in war and in peace, nuclear weapons impose on humanity the daily, relentless imperative of figuring out how not to use them. Obviously, for no other weapon system is absolute prevention of its use the over-riding requirement. But the international community has declared nuclear weapons unique – the collective objective is to eliminate them, and most states, and certainly populations around the world, conclude that any use of a nuclear weapon would be “abhorrent to the principles of humanity and the dictates of public conscience.”  And yet the nuclear powers continue to threaten their use, with Russia the most immediate and alarming example, and to extol the utility of these doomsday weapons. NATO’s current Strategic Concept confirms continued reliance on nuclear weapons in the collective defence of allies. But that strategic guidance document is now under review, offering Alliance members the opportunity to construct policy off-ramps from the path of nuclear peril they now travel.

NATO is scheduled to adopt an updated Strategic Concept at its Madrid Summit, June 29-30, and given the extraordinary context of war in Europe and sharply escalated strategic tensions, expectations for renewed nuclear arms control and disarmament energy are low. But each iteration of the NATO strategy emerges, not from a predestined fate, but from the deliberate decisions of member states, including Canada. Even in these dark times, there are choices to be made. Since NATO’s strategic concepts tend to have shelf-lives of roughly a decade, they are meant to remain relevant in shifting strategic contexts, so planning has to account for more than the immediate circumstances.

This will be only the fourth version of NATO’s Strategic Concept (SC) since the end of the Cold War (the others were published in 1991, 1999, and 2010). They are intended to “guide [the Alliance’s] future political and military development” and to “reiterate NATO’s enduring purpose and nature, and its fundamental security tasks.”  They typically begin with a survey of the strategic environment and an assessment of security threats. Then, among many other issues, they set out in broad terms of the role of nuclear weapons in the Alliance’s defence posture, as well as NATO’s attitude towards nuclear arms control and dialogue with adversaries. The following recommends changes to the Strategic Concept under those four themes: threat assessments, the role of nuclear weapons, arms control, and dialogue. It references three previous Strategic Concepts,  and draws on the report of a Reflection Group appointed by the Secretary-General,  the most recent (2021) NATO Summit Communiqué,  and a 2022 think tank paper (the TAG report) prepared, with Canadian participation, for the NATO Secretary General.

The February 24 launch of Russia’s illegal and brutal war on Ukraine has obviously already proven devastating for the people of Ukraine, and its broader implications for Eurasian stability and the global nuclear disarmament agenda will unfold over time. As senior researcher Prof. Oliver Meier, of the Institute for Peace Research and Security Policy at the University of Hamburg, has put it, through “nuclear blackmail” that is intended to “shield a full-scale conventional invasion,” Russia has “raised the nuclear stakes to new and dangerous levels.”

Today’s security environment is very far from the heady security assessments of the early post-Cold War SC (1991): “The threat of a simultaneous, full-scale attack on all of NATO's European fronts has effectively been removed and thus no longer provides the focus for Allied strategy” (para 7). That 1991 threat analysis went on to make the important point for that context – that the “risks to Allied security are less likely to result from calculated aggression against the territory of the Allies, but rather from the adverse consequences of instabilities that may arise from the serious economic, social and political difficulties, including ethnic rivalries and territorial disputes, which are faced by many countries in central and eastern Europe” (para 9).

A decade later the focus had begun to shift, and in response to the enduring nuclear threat, the 1999 SC offered what has become the quintessential posture of all nuclear powers – the problem is always the nuclear weapons of the others. NATO thus identified “nuclear forces outside the Alliance” (para 9) as the primary nuclear threat, even as similar nuclear forces inside the Alliance were accorded the status of the “supreme guarantee” of security (para 62). Meier makes the cogent point that Putin’s recent nuclear threats and the four years of Donald Trump in the White House should make it clear “that it cannot be assumed that nuclear weapons are safe in the hands of some states but not in others.” Thus, the world concludes “that total disarmament is the only sustainable solution to the dangers posed by these weapons.”

The 2010 SC extended the focus on the other, seeing the nuclear threat primarily as the horizontal proliferation of nuclear weapons and their delivery systems. The spread of weapons was said to “threaten incalculable consequences for global stability and prosperity” (para 9), with the added worry that terrorists could acquire nuclear capabilities (para 10). By 2021, the concern had shifted to big power competition, with the Brussels Summit communiqué emphasizing “multifaceted” threats (para 3), including authoritarian powers and Russian aggression. References to Russia went from eight in 1999, to 13 in 2010, to 61 in 2021, while references to China went from zero in 1999 and 2010 to 10 in 2021. The think tank world reflected the same shifts, with the 2022 TAG report identifying Russia as a “first-order threat” and China as “the greatest single game-changer between 2010 and 2022” and a “systemic challenge for the entire transatlantic community” (para 6).

NATO was back to 1999, with nuclear forces outside the Alliance once again the central concern. The nuclear threat identified was and remains real and demands attention, but missing is any clear statement that nuclear weapons, period, not just the nuclear weapons of the other, represent an existential global threat that requires concerted emergency global action.

By the way, though the focus in this paper is the nuclear threat, it is important to note that the 2021 Brussels Communiqué, to its credit, acknowledges another existential threat. It flags climate change as “one of the defining challenges of our time” (para 58) – the word “climate” appearing 13 times, compared to not at all in 1999 and just once in 2010. Notably, Canada is slated to establish a NATO Centre of Excellence on Climate and Security, aiming for 2023.  Details are still to come, but it is to be hoped and expected that its research will include attention to the impacts of global military operations on climate and the environment, including their extraordinary consumption of fossil fuels and production of greenhouse gas emissions.

The Role of Nuclear Weapons

All NATO states have agreed to the commitment, reached within the context of the NPT Review Process, “to further diminish the role and significance of nuclear weapons in all military and security concepts, doctrines and policies.”  That is the over-arching commitment that should be guiding nuclear weapon state and alliance policies on the road to the disarmament required by that Treaty.

While NATO describes itself as a “nuclear alliance,” as an organization it neither possesses nor controls any nuclear weapons. Three of its members (France, United Kingdom, United States) possess and deploy nuclear weapons, with the United States forward basing about 100 non-strategic B61 nuclear bombs in five European NATO member states (Netherlands, Belgium, Germany, Italy, and Turkey) as part of the collective defence posture.  NATO collectively has an important say over the use of US nuclear weapons in a European context, but not final control. Before any nuclear-capable aircraft of the five NATO countries hosting US B61 bombs could be sent on a nuclear bombing mission, “the explicit political approval” of the NATO Nuclear Planning Group would be required – that NPG, of which Canada is a member, exercises “political control over all aspects of NATO’s nuclear mission.”  However, authorization from the US President would also be required.

NATO insists that “the circumstances in which any use of nuclear weapons might have to be contemplated are extremely remote” (SC 2010, para 17). The Brussels summit nevertheless makes it clear that, “if the fundamental security of any of its members were to be threatened, …NATO has the capabilities and the resolve to impose costs on an adversary that would be unacceptable and far outweigh the benefits that any adversary would hope to achieve.” This only slightly veiled warning that a major conventional attack could trigger a nuclear response is in substance not so very different from Vladimir Putin’s recent threat to impose “consequences that you have never experienced in your history” in response to further NATO involvement by member states in support of Ukraine.   The context in Russia’s case is immediate and thus more dangerous, but both warnings deliver the key message of the threatened introduction of nuclear weapons into a hitherto conventional battle.  Continue reading...

Ernie Regehr, O.C. is Senior Fellow in Arctic Security at The Simons Foundation Canada, and Research Fellow at the Institute of Peace and Conflict Studies, Conrad Grebel University College, University of Waterloo.

END_OF_DOCUMENT_TOKEN_TO_BE_REPLACED

Dr. Hans Blix, Director-General Emeritus of the IAEA and former Swedish diplomat and Minister of Foreign Affairs, served as Chairman of The Weapons of Mass Destruction Commission, which released its collective findings in the 2006 report: “Weapons of Terror: Freeing the World of Nuclear, Biological and Chemical Arms.”
Learn More
END_OF_DOCUMENT_TOKEN_TO_BE_REPLACED