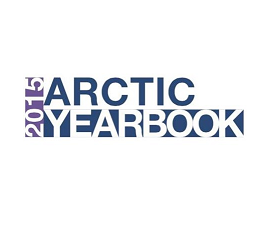 The fourth annual Arctic Yearbook is now available, focused on the theme of Arctic governance. Scholarly papers explore governance at local, sub-national, regional levels, followed by a section on Security and Geopolitics. A wide collection of commentaries and briefing notes completes the volume. Scholarly, on-line, and peer reviewed, the yearbook “seeks to be the preeminent repository of critical analysis on “the state of Arctic politics, governance and security.”

Among the offerings on traditional national and international security in the Arctic are insightful articles (reviewed below) on the Russian Arctic and the Arctic as a security community.

The Preface sets the tone on discussions of relations between Russia and its Arctic neighbors in light of changing international dynamics: “Despite stressful changes tied to global geopolitical pressures and dramatic climate change, cooperation continues to be the theme in dialog, actions, and outcomes in the Arctic. The world’s ability to set aside sharp policy differences experienced at lower latitudes, in order to work together at the higher ones is, perhaps, a testament to the special value the world places on the Arctic.”

These questions of how events outside the Arctic influence behavior and relations within it, or whether relative harmony in the Arctic can have positive spillover effects beyond the region, are directly and indirectly explored in several of the contributions.

A Latvian scholar offers an informative account of how the most senior Russian officials, including President Vladimir Putin, portray Russia’s roles and interests in the Arctic to foreign and domestic audiences. Through an analysis of statements, speeches, and other texts by Russian officials, the author examines Russian self-portrayal under five themes: the Russian national interest, attitudes toward international cooperation, perceptions of other countries’ strategies, views on militarization, and symbolic actions.

The study finds that Russians certainly do stress the importance of the Arctic for advancing to its strategic interests and for promoting a sense of national pride. In domestic contexts, the Arctic is portrayed as increasingly central to future prosperity, and therefore requires attention to reliable governance and security arrangements. Mr. Putin, for example, has pointed to the “return” of Russia to the Arctic, along with an emphasis on developing and maintaining, as the author puts it, access to “all the levers for the protection of security and national interests there.” Continue reading...

Ernie Regehr, O.C. is Senior Fellow in Arctic Security at The Simons Foundation, and Research Fellow at the Centre for Peace Advancement, Conrad Grebel University College, University of Waterloo.