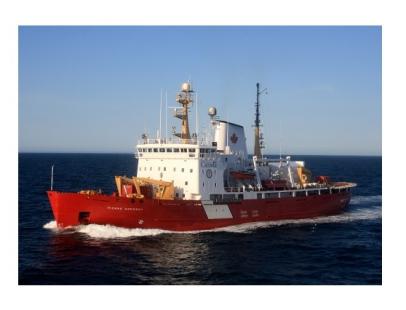 The first ever “live exercise” involving all eight countries of the Arctic Coast Guard Forum (ACGF) rightly has some observers hailing this new forum’s potential for reinvigorating pan-Arctic security cooperation. Significant challenges remain – not the least being ongoing wariness of Russian military developments and growing Chinese interest  in the region, pushing some states towards the more familiar models of military competition – but the region-wide ACGF clearly affirms security cooperation as essential to survival in the Arctic. To the extent that all states of the region “benefit from a rules-based international order that enhances economic well-being, respects human rights and human dignity, and supports mechanisms for the peaceful resolution of disputes while providing for territorial integrity,”  the pursuit of more formalized, and thus more sustainable, forms of mutual security promises to remain a feature of Arctic geopolitics. The slow emergence of cooperative pan-Arctic Coast Guard operations in the Arctic is a case in point.

The Arctic Coast Guard Forum was established in 2015, with all eight Arctic Council states part of the arrangement. Two important developments in 2017 have helped move it towards becoming an operational presence in the region.  All eight members of the ACGF (Canada, Greenland, Iceland, Norway, Sweden, Finland, Russia, and the United States) agreed to a statement on doctrine, tactics, procedures, and information sharing.  And the ACGF conducted its “first live exercise,” described as “full-scale naval drills” in the Denmark strait near Reykjavik.  All eight Arctic States participated, but maritime assets used were from Canada, Denmark, Iceland, Norway and the United States, and air assets were from Canada, Denmark, Iceland and the United States.

The Canadian contingent  included the CCGS Pierre Radisson,  a medium weight icebreaker able to manage ice a meter thick and carry provisions for 140 days and enough fuel to travel 15,000 nautical miles at cruising speed. The Pierre Radisson operates in the Gulf of St. Lawrence in the winter and the Arctic in the summer.

The demands for state emergency response services in the Arctic are substantial and growing – hence, the focus of the live exercise on training to meet obligations under the 2011 Agreement on Cooperation on Aeronautical and Maritime Search and Rescue in the Arctic. The 2013 Agreement on Cooperation on Marine Oil Pollution Preparedness and Response in the Arctic represents another major requirement for state preparedness – all driving the need to convert cooperation in principle to practical capabilities through pan-Arctic exercises. Coast Guard roles in the region also include the provision of navigation aids, border/sovereignty patrols, fisheries inspections, and constabulary operations – which in turn requires enhanced maritime domain awareness.  There are also responsibilities that accrue to the Coast Guards for implementing the new Polar Code, established by the International Maritime Organization (IMO) in 2017. The IMO is the UN agency with responsibility for the safety and security of shipping and the prevention of marine pollution by ships. Its newly established and mandatory Polar Code goes beyond other IMO requirements to set minimum standards for the design, construction, and operation of ships in the polar regions. It also requires special training and environmental protection measures  - and Coast Guards are mandated to monitor and ensure compliance.

The key strategic goals of the ACGF  presume a significant regional governance presence: the pursuit of a stable, predictable, safe, secure, and transparent maritime operational environment; promoting cooperation among the region’s Coast Guards toward those ends; building a common operational picture and shared domain awareness; supporting high operational standards; and sharing information and best practices. That means an operationally-focused ACGF, as the US Coast Guard described it after completing two years in the Chair and handing it off to Finland, “with the purpose of leveraging collective resources to foster safe, secure and environmentally responsible maritime activity in the Arctic.”  Continue reading...