Arctic Security and the Canadian Defence Policy Statement of 2017 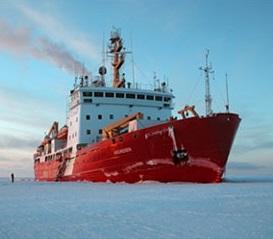 Arctic Security and the Canadian Defence Policy Statement of 2017

The Government’s long-awaited defence policy statement, which arrived last Spring, sensibly portrays Arctic security challenges as rooted largely in significant public safety challenges rather than in traditional, or primarily military, challenges to the defence of Canada. The Arctic operations of the Canadian Armed Forces thus focus on aiding civilian authorities, rather than on deterring or responding to state-based security threats. One essential dimension of sustainable Arctic security that does not receive adequate attention is the imperative, and the opportunity, to consciously shape the northern circumpolar arena into a durable regional security community by building on and reinforcing the current and fortunate absence of any state actors bent on militarily harming other Arctic states.

Especially since the famous 1987 Murmansk speech of Mikhail Gorbachev,[i] international discourse on Arctic security has tended toward an exceptionalist framework. The assumption, or at least the hope, has been that the North’s geographic isolation and unique climate support its political isolation and largely shield it from the tensions and competition that dominate other regions of major power presence. The harsh conditions and unique circumstances of the Arctic have driven cooperation, it is argued, regardless of events and conflicts elsewhere. Russian President Vladimir Putin made the point in 2010 that cooperation is not only desirable but necessary in the Arctic: "If you stand alone you can't survive in the Arctic.”[ii] More recently he told a Russian conference that it is essential to “maintain the Arctic as a space of peace, stability and mutual cooperation.”[iii] The former Canadian Chief of Defence Staff, General Walter Natynczyk, discounted the prospects for military competition or conflict in the Arctic by famously saying that "if someone were to invade the Canadian Arctic, [the] first task would be to rescue them.”[iv]

Of course, this beneficent Arctic exceptionalism is not universally assumed, and it is not surprising that Finns have been among those inclined to challenge the paradigm. In 2015 the Finnish Institute for International Affairs published what it called “critical reflections on Arctic exceptionalism,”[v] arguing in effect that what happens in Ukraine doesn’t stay in Ukraine – that events in other parts of the world do spill over into the Arctic neighborhood. The paper argues that “before the crisis in Ukraine, the increase in Russian Arctic [military] capabilities was widely interpreted as legitimate state behaviour to monitor and secure the opening of a new 7,000- kilometre-long border region and strategic assets therein, and to support civilian activities in a harsh environment,” but after Russia’s action in Ukraine, increased Russian capability and activity in the Arctic has been read, again, as a sign of aggressive and threatening behaviour in a conflictual geopolitical situation.” The authors do not categorically deny all Arctic uniqueness, but they warn that it is more susceptible to external dynamics than is sometimes assumed.

The important implication of a non-exceptionalist Arctic is that preserving the Arctic’s current stability must become a much more deliberate political objective – that it certainly can no longer be left to geography and climate. For now, it is still true that, despite the soured relations between Russia and the West, the inclination to cooperate in the Arctic remains strong.[vi] While some military/security contacts with Russia in the Arctic have certainly been curtailed, the Ilulissat declaration of 2008 still essentially stands as a basic principle, and the Coast Guard Forum and the SAR and oil spill agreements continue to be the focus of implementation efforts.

However, no one seems to have told Canadian Senators, who released two new reports through the Canadian Senate Defence Committee[vii] just ahead of the Government’s defence policy statement.[viii] They contain little talk of a cooperative Arctic spirit and offer their own distinct takes on Arctic exceptionalism. One minor, but telling, example of the latter comes with the Senators’ routine distinction between the Arctic and the rest of Canada and North America. There is frequent use of phrases like “…Canadian sovereignty, including in the Arctic,” or the “defence of Canada, North America and the Arctic” (emphasis added) – as if Canadian sovereignty or the defence of Canada don’t include the Arctic unless it is specifically mentioned. It would be passing strange if the Senate reports had made the same distinct references to other regions (for example, had they referred to the defence of Canada, and the Maritimes, or “Canadian sovereignty, including the West”). One suspects that the Arctic is separately invoked mainly to appeal to the romance of the High North in an effort to bolster the Senate’s relentless campaigning for increased defence spending. It’s a fundraising effort that drives the Senate to make a special case for Arctic vulnerability, and more generally to reject the notion that the Arctic is, or can be, more shielded than other regions from the vagaries of a competitive international environment.

So the Senators appeal to a kind of reverse-exceptionalism, seeing the Arctic, not as isolated from tensions elsewhere, but as itself a source of tension. There are repeated references to “resurgent Russian military activity close to Canadian airspace in the North,” and an approving quote from one witness claiming those Russian aircraft to be “the real menace to Canadian sovereignty in the North” (R, p. 5). Other references are to “increased Russian activity around North America” (MU, p. 7), all supplemented by repeated references to Russian aggression and military activism generally.

This energetic wariness of Russia was certainly also part of the 2016 report of the House of Commons Standing Committee on National Defence (NDDN).[ix] And while officials, in this case the Assistant Chief of Defence Intelligence, assured the committee “that Russia is at the top of our list in terms of countries we watch carefully and monitor closely” (p. 7, NDDN, Sept 2016), NORAD’s documentation of this airborne Russian “menace,” of Russian military aircraft in the region, paints a rather more subdued threat picture. According to NORAD’s 2016 testimony, “since 2007, NORAD jet fighters have conducted, on average, five intercepts per year of Russian military aircraft in the American or Canadian ADIZ (air defence identification zone). The peak year was 2014 when ten intercepts were made. The report says most of these interceptions occurred in the Arctic, “north of Inuvik,” but does not specify how many were carried out by Canadian aircraft. But the report emphasizes that “none of these Russian aircraft have ever penetrated into American or Canadian airspace, nor demonstrated any hostile intentions” (emphasis added). The Russian aircraft have a right to operate in international airspace, and the purpose of identification zones is to identify aircraft nearing North America while they are still in international air space, where they can be engaged regarding intentions and flight plans (p. 12, NDDN, Sept 2016). And, it is important to note that, except for the few Russian military aircraft on training and patrol flights in international air space, all aircraft in approaches to Canadian territory are civilian.

The same Committee heard extensive evidence of the growing cruise missile threat, and one witness concluded that “the Arctic would be a good location to establish cruise missile detection and interception sites, in light of the fact that Russian long-range military aircraft and submarines capable of launching cruise missiles regularly operate in that region” (p. 29, NDDN Sept 2016). It’s an issue that will necessarily be a prominent element of the coming debate over renewal of the North Warning System. Continue reading....

[i]Gorbachev, M., The Speech in Murmansk at the ceremonial meeting on the occasion of the presentation of the Order of Lenin and the Gold Star Medal to the city of Murmansk, October 1, 1987
(Novosti Press Agency: Moscow, 1987), pp. 23-31.
https://www.barentsinfo.fi/docs/Gorbachev_speech.pdf

[v] Juha Käpylä and Harri Mikkol, “On Arctic Exceptionalism: Critical Reflections in the Light of the Arctic Sunrise Case and the Crisis in Ukraine,” Finnish Institute for International Affairs (FAAI Working Papwer 85, April 85).