Canada and the Limits to Missile Defence 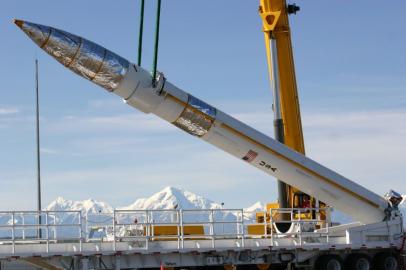 Canada and the Limits to Missile Defence

Speculation about Canada joining the North American component of the Pentagon’s ballistic missile defence (BMD) system of systems makes periodic appearances in Canadian defence discourse – though direct participation has never gained broad political support.  Now, with a more “progressive” Democrat back in the White House and NORAD modernization moving up the continental defence agenda, the Canada-and-BMD question could be cued for another round of attention. The context undeniably includes a persistent threat to North America from strategic range, nuclear-armed, missiles, but the American “homeland” missile defence system, due to technical and strategic constraints, offers no defence against the overwhelming majority of missiles aimed at North America.

The American BMD system runs the gamut from localized theatre defence against short-range cruise and ballistic missiles, through to defenses aimed at regional- and then strategic-range threats. Strategic-range ballistic missile threats are the focus of North American homeland missile defence operations, using ground-based interceptor missiles designed to knock out attacking warheads in mid-course in outer space.

The main threat is the Russian arsenal of just over 480 land- and sea-launched intercontinental-range ballistic missiles (ICBMs), collectively carrying just over 2000 warheads, with a maximum of about 1500 warheads actually deployed (to keep the numbers within the limits established by the recently extended US-Russia New START agreement).  China adds roughly another 100 similar missiles collectively armed with about 180 nuclear warheads.  In addition, both Russia and China are developing hypersonic and new variants of long-range cruise missiles capable of delivering either nuclear or conventional warheads to North America. The Democratic People's Republic of Korea (DPRK or North Korea) is the only other adversary country that has tested intercontinental-range ballistic missiles and is in possession of nuclear warheads. Estimates of its inventory of warheads range from 10 to 60,  but it is still not clear how close it is to being able to mount a warhead on an ICBM and retain sufficient range to reach North America.  That said, it would be prudent to assume it is primarily a matter of time, if Korean Peninsula denuclearization efforts remain stalled. The DPRK might well, in an uncertain future, muster a force of as many as 60 ICBMS, each loaded with a nuclear warhead.

So, all told, some 640 ballistic missiles loaded with more than 1,700 nuclear warheads are potentially aimed at North America. Another 580 warheads on air-launched cruise missiles on bombers, and the emerging inventory of hypersonic missiles and long-range sea-launched cruise missiles, must be added to the missile threat. But the ground-based, mid-course interception defence (GMD) system is aimed only at the DPRK’s ballistic missiles (and possible other future small state arsenals) – in other words, less than three percent of the threat is in the GMD sights.

That begs the obvious question: Why is the North American GMD system directed at only a tiny fraction of the missiles pointed at North America? The answer is that there are unavoidable technical and policy limits to strategic missile defence. Continue reading...