"NATO and the Arctic" 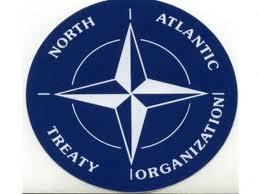 NATO and the Arctic

Recurring speculations about an expanded role for NATO in the Arctic – a discussion recently dampened by NATO’s welcome declaration that it does not anticipate such a role – reflects continuing uncertainty regarding an appropriate institutional framework for cooperative security arrangements in the Arctic. That NATO is proposed at all is a classic case of politics, especially security politics, abhorring a vacuum.

The question of a regional security framework for the Arctic remains unresolved because the Arctic Council specifically abjures security matters, and that in turn leaves a political, though not a security, vacuum. There is no real security vacuum largely because the prevailing Arctic security posture is currently one of cooperation. The problem is that it is cooperation unsupported by either institutional formality or operational detail and thus there are legitimate concerns about sustainability, with old and some current East-West suspicions and rivalries serving as the primary source of uncertainty.

While there is a serious public safety gap in the region (notably in emergency services), there is now broad consensus that the northern affairs of the eight Arctic states are not encumbered by military threats. At the same time, some military actions within the region still recall old patterns of hostility that obviously do little to help build confidence in a stable future.  Continue reading...