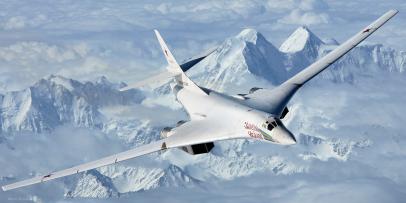 When a Canadian Armed Forces official recently told an Ottawa security conference that “we cannot deter what we cannot defeat, and we cannot defeat what we cannot detect,” his audience may well have heard it as the credible proclamation of a prudent and resolute defence posture. In truth, the statement seems to run counter to decades of defence policy and practice. It ignores the inconvenient reality that there is no defence against a nuclear attack, even though current and planned early warning systems ensure that such an attack would be reliably detected.

That statement, by a Canadian Commodore , is evidently a central NORAD talking point since it was repeated weeks later in two appearances by the NORAD Commander at the US Senate Armed Services Committee.  In each case, the assertion that “we cannot deter what we cannot defeat” has come in the context of urgent calls to modernize the North Warning System (NWS), the network of early warning radars across the US and Canadian north. The need to update the system has been getting prominent attention from Canadian analysts and military planners – but, so far, no attention from budget planners.

The impetus behind the hoped-for modernization is the justifiable concern that the existing warning system has not kept up with evolving technologies and changing security conditions in the Arctic. The most immediate changes follow from the region’s increased accessibility for civilian transportation and resource extraction, bringing law enforcement, emergency response, and public safety requirements into much sharper focus. A critically important dimension of an updated NWS will thus be improved situational awareness in Arctic land, air, and sea domains in support of the day-to-day operations of the relevant civil authorities, assisted by the Canadian Armed Forces.

But the focus of the national security establishment has all along been on changes to the strategic environment – including post Crimea relations with Russia, the growing military presence of Russia in the Arctic, and China’s Arctic interests. That said, the specific developments most often cited – like Russia’s long-range cruise missiles, Russian and Chinese hypersonic glide vehicles, and offensive cyber capabilities – are technology-induced changes in the global strategic environment that have little to do with climate change in the Arctic. NORAD’s push to modernize the NWS is more directly driven by the ambition to mount a continental strategic defence initiative against evolving strategic threats  than by a need for more effective Arctic domain awareness in support of sovereignty patrols, regional maritime and air surveillance and control, and public safety.

If NORAD truly assumes that “we cannot deter what we cannot defeat,” and insists that applies to strategic ballistic and cruise missiles carrying conventional or nuclear warheads, then it stands to reason that strategic missile defences would take on a special urgency. But the result is an aspirational, which in this case means a futile, pursuit of systems designed to defend North America against strategic weapons. Erecting an impenetrable shield against strategic weapons is not a new dream, like the Star Wars scheme imagined by Ronald Reagan in the 1980s, but the central dynamic of the East/West confrontation has always been, and remains, the recognition that defending against or defeating a strategic ballistic and/or cruise missile attack is impossible. In other words, the basic response to that threat is in fact not defence but deterrence – the strategy being to deter what cannot be defeated.

Once a nuclear attack is launched, it can’t be stopped, despite the billions spent on trying to devise a defence. Reagan and Gorbachev finally came to the right conclusion: once started, a nuclear war cannot be won and so it must never be fought  – hence the need to deter (prevent) nuclear attack. Given the long-standing acknowledgment that there is no defeating a massed attack by Soviet/Russian strategic nuclear bombers or the cruise missiles they launch, and no defeating Soviet/Russian or Chinese intercontinental ballistic missiles, Canada has for just as long supported the nuclear deterrence strategies of its allies – the operating assumption of that policy being, not that “we cannot deter what we cannot defeat,” but that we must deter what we cannot defeat.  Continue reading...

END_OF_DOCUMENT_TOKEN_TO_BE_REPLACED

Dr. Hans Blix, Director-General Emeritus of the IAEA and former Swedish diplomat and Minister of Foreign Affairs, served as Chairman of The Weapons of Mass Destruction Commission, which released its collective findings in the 2006 report: “Weapons of Terror: Freeing the World of Nuclear, Biological and Chemical Arms.”
Learn More
END_OF_DOCUMENT_TOKEN_TO_BE_REPLACED