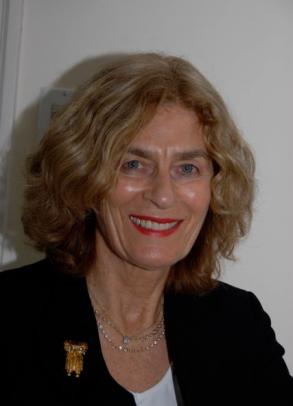 Jennifer Allen Simons, C.M., Ph.D., LL.D. is an award-winning educator, thought leader and nuclear disarmament specialist. As Founder and President of The Simons Foundation Canada, an innovative private foundation based in Vancouver, Dr. Simons has pioneered research, advocacy and action in advancing nuclear disarmament, peace, human rights and global co-operation, and regularly speaks on nuclear disarmament issues at international conferences and other events.

Dr. Simons is active within academic circles, serving as Adjunct Professor with Simon Fraser University’s (SFU) School for International Studies, and Senior Fellow and Dialogue Associate at SFU’s Centre for Dialogue; she was a member of the International Advisory Board of the Centre for Nuclear Non-proliferation and Disarmament, Crawford School of Public Policy, Australian National University; the Will to Intervene (W2I) Research Project Steering Committee at the Montreal Institute for Genocide and Human Rights Studies, Concordia University; member of the Citizen’s Panel on Nuclear Weapons, Center on Violence and Human Survival, John Jay College for Criminal Justice, The City University of NY; a Visiting Professor at the University of Queensland; and a member of the Academic Advisory Board of the Center for Theoretical Study and the Institute for Advanced Studies, Charles University and The Academy of Sciences of the Czech Republic.  She served as an Order in Council appointee to the Board of Governors of SFU from 1987 to 1992 and as an Order in Council appointee to the Board of Governors of the University of Northern British Columbia from 1993 to 1996.

She was appointed by the Minister of Foreign Affairs to the Canadian Government Delegation to the Nuclear Non-Proliferation Treaty (NPT) Review Conference at the United Nations in 2000 and again to the Nuclear Non-Proliferation Treaty PrepCom at the United Nations in 2002, and was a member of the Steering Committee of the Foreign Affairs Canada Consultations on Nuclear Issues, as well as a member of the Executive Group of the Canadian Committee for the 50th Anniversary of the United Nations.

Dr. Simons is a Founding Partner of Global Zero, an international initiative of 300 world leaders dedicated to achieving the phased, verified elimination of nuclear weapons, and The Simons Foundation is Global Zero’s Principal Sponsor. She is a Council Member of Pugwash Conferences on Science and World Affairs, a Patron of Initiatives pour le Désarmement Nucléaire – IDN (Nuclear Disarmament Initiative – NDI), was an initiating funder of Middle Powers Initiative (MPI) and a member of the Executive of the MPI International Steering Committee, and was a member of the Board of Nuclear Age Peace Foundation where she now serves as an Advisor.

In 2003, Dr. Simons, in partnership with Project Ploughshares and the Canadian Department of Foreign Affairs and International Trade (now Global Affairs Canada), initiated what has become the Outer Space Security Conference Series organized by the United Nations Institute for Disarmament Research (UNIDIR) at the Palais des Nations in Geneva, Switzerland.  In 2019, The Simons Foundation relinquished sponsorship of these conferences which are held to inform the UN Conference on Disarmament on issues of space security, the peaceful uses of outer space and the prevention of an arms race in outer space, and to provide stakeholders with an overview of current space security initiatives, an update on the implementation and adherence to existing instruments, and a view of the way ahead.

Dr. Simons was appointed to the Order of Canada in 2010 for her contributions to the promotion of peace and disarmament. She received the Queen Elizabeth II Diamond Jubilee Medal in 2012, and was awarded the Queen's Golden Jubilee Medal in 2002 for her service to the global effort to eradicate landmines. Dr. Simons received the 2006 Vancouver Citizens’ Peace Award in recognition of her leadership, energy and effort to the promotion of peace and disarmament, and was honoured by Simon Fraser University and the Alumni Association with a 2009 Outstanding Alumni Award for her Service to the Community.  In 1998, she received the Anniversary Jubilee Medal Award of Highest Merit for Contribution to Development of Civil Society by Charles University, Prague, Czech Republic and Simon Fraser University honoured Dr. Simons with the Jennifer Allen Simons Chair in Liberal Studies and presented her with the Chancellor’s Distinguished Service Award in 1996. She was honoured in 1999 with an Award for Contribution to Education by Wilp Wilxo'oskwhl Nisga'a House of Wisdom, Nass Valley, Canada; received the First Annual Canadian Peace Award for Peace Philanthropy in 2000; the 2015 Thakore Visiting Scholar Award; the 2019 Ursula Franklin Award for Distinction from the Canadian Voice of Women for Peace, Canadians for a Nuclear Weapons Convention (CNWC) 2021 Distinguished Achievement Award, and an Honorary Doctor of Laws from the University of Northern British Columbia in 2001 and from Simon Fraser University in 2015.

Dr. Simons has served as a board member or advisor to a variety of national and international organizations including: